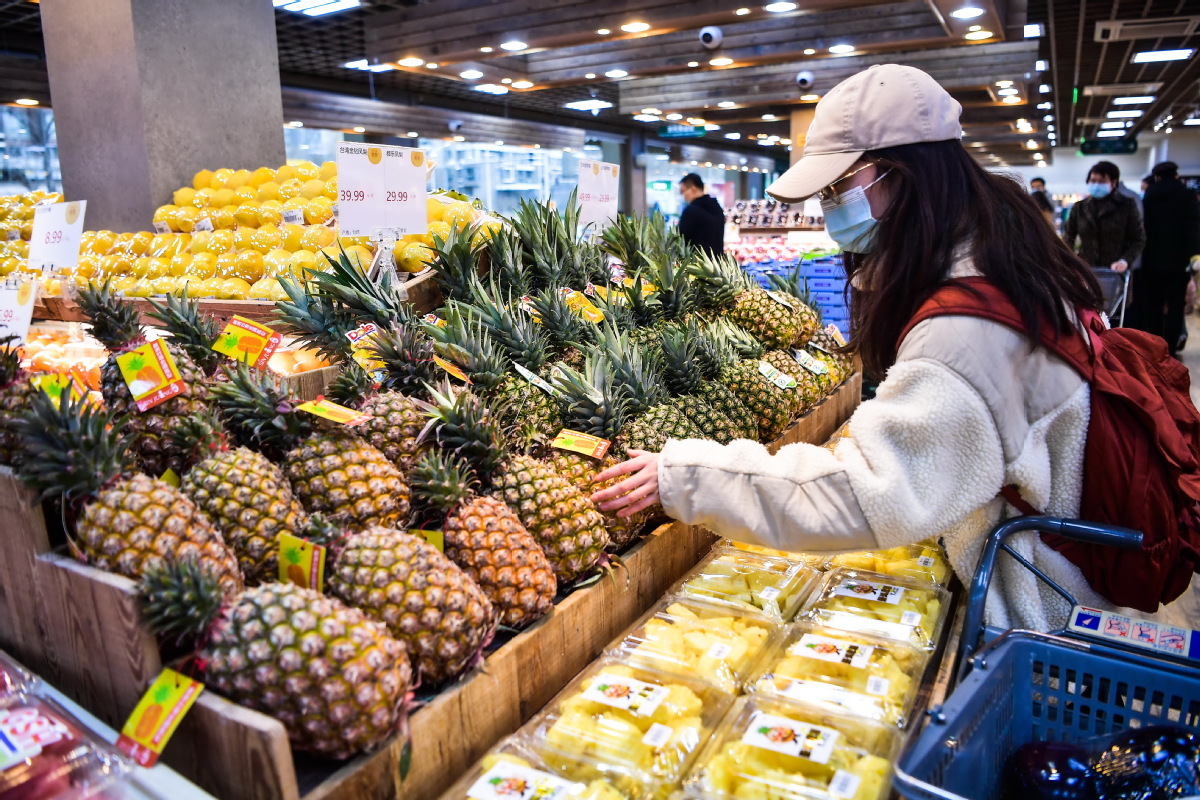 A woman buys pineapples in a supermarket in Xuwen county, South China’s Guangdong province, on March 6, 2021. [Photo/IC] China’s economy maintained a steady recovery in April, with production and demand continuing to grow while employment and price level generally stable, the National Bureau of Statistics said on Monday.

The surveyed urban jobless rate came in at 5.1 percent last month, improving from 5.3 percent in March.

Despite improvements, the NBS said the foundation of recovery is “not yet solid” with new problems emerging, while the global situation of the COVID-19 is still complicated and the world’s recovery remains unbalanced.